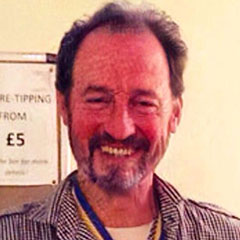 Once again making a guest appearance as part of his UK summer tour – and in his final tournament as a thirty-something – Tim has an average finishing position of 5th, but has only finished lower than fourth once in his last seven appearances.

He should realistically be targeting a best-ever silver medal finish, but will need to repeat some of his 2018 heroics to achieve this goal; his chip-in over a bunker on the sixth, and rounding Robin in goal were magic memories to savour, as he jetted back to his middle-eastern tax haven.